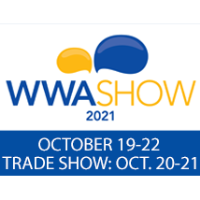 It’s been more than a decade since the WWA Show has been hosted by Texas. Since that time, Texas has continued to welcome the opening of many new waterparks, aquatic center, waterpark resorts and spray parks—making this state the perfect place to bring our industry back together for in-person learning, shopping and networking.

Deep In The Heart Of Texas
Few destinations provide a sense of place like San Antonio. Here, the bell towers of Spanish colonial missions have greeted mornings for almost 300 years. Mexican, European and Western cultures blend into a unique personality.

Much of the city’s unforgettable landscape has grown along the banks of the River Walk where stone paths run aside the San Antonio River connecting hotels, restaurants, shops and the Henry B. Gonzalez Convention Center in the downtown core. The 15-mile River Walk also links Spanish Colonial Missions (a World Heritage Site, along with the Alamo), museums, public art and the Pearl, a former brewery reborn into an eclectic mix of shops, restaurants and entertainment.

Famed for Tex-Mex, San Antonio is gaining attention for Tex-Next as the nation’s next big culinary destination. From notable restaurants to the Culinary Institute of America, there’s something to satiate every palate. Plus, over 50 golf courses and theme parks like SeaWorld San Antonio and Six Flags Fiesta Texas make the city a wonderful place for families. 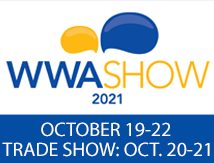 All The WWA Show Action Takes Place Nearby The Famous River Walk!
The World Waterpark Association 41st Annual Symposium & Trade Show, October 19-22, 2021, will take place at the Henry B. Gonzalez Convention Center and the headquarters hotel will be the Grand Hyatt San Antonio, an upscale hotel situated beside the center. The convention center is where you’ll find the WWA’s jam packed trade show floor and more than 40 breakout session, workshops and round tables.

Because of its proximity to the convention center, staying at the Grand Hyatt San Antonio will put you just steps away from WWA Registration and everything taking place at the show. Plus, you’ll also be just a 9-minute walk away from the famous Alamo Mission, and 10 minutes on foot from the lively San Antonio River Walk.

Get started on your registration at https://www.wwashow.org/register/.