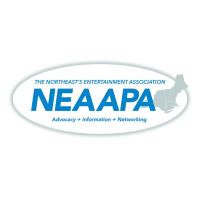 NEAAPA - The Northeast’s Entertainment Association installed its new slate of officers during its 108th anniversary meeting – held virtually – on Tuesday, March 23. Outgoing President Eric Anderson, Quassy Amusement & Waterpark, Middlebury, Conn., addressed the 57 participants with remarks regarding NEAAPA’s stability and ongoing work during the COVID crisis, which brought much of the industry to a halt in 2020. He also acknowledged the hard work done by the NEAAPA Board of Directors during his two-year