Roger Williams Park Zoo’s annual fundraising bash, Zoobilee! Feast with the Beasts, presented by BankRI, is going virtual for 2020! This year’s event to be held Thursday, September 17th at 7pm, is free to the public and will stream on the Zoo’s Facebook page and YouTube channel.

The program will feature a festive, socially distanced party including special behind-the-scenes animal encounters (including a peek at Beany, the Zoo’s new baby Linne’s two-toed sloth), important messages from valued stakeholders and other fun surprises and performances.

As part of the Zoobilee! fundraiser, the Zoo is also hosting an online auction now through September 21st, with a wide variety of unique experiences up for bid including VIP animal encounters.

The funds generated from Zoobilee help underwrite the Zoo’s animal care, and award-winning environmental education and conservation programs. These programs include the conservation of threatened and endangered species in New England and around the world, and this year, the Zoo needs your support more than ever.

We hope you'll join us for a rockin' good time!

Roger Williams Park Zoo is Rhode Island’s number one outdoor family and tourist attraction, and a leader in conservation efforts undertaken by a zoo of its size. As leaders in conservation and animal care – we create engaging experiences that empower guests to join us in conserving wildlife and wild places.  Roger Williams Park Zoo is supported and managed by the Rhode Island Zoological Society and is owned by the City of Providence. 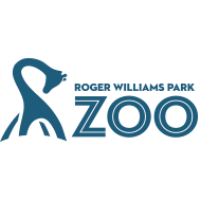